UK based band playing a carnival of Pirate & gypsy punk, dark cabaret, goth, and steampunk with a touch of ska and  shanties, mix with some dark, add more dark and you are almost there.

The Filthy Spectacula offers a high octane, fun night out, with an interactive experience of sing along, dance along, and drink along music. Are you curious, seeking adventure and thrill come see? ...not for the faint of heart

The story of The Filthy Spectacula began on a dark and stormy night in late 2014.  A group of strangers met up in a rehearsal studio for the first time to swap stories, drink absinthe and clang out something resembling music.  They were on to something and took to travelling around and making new stories together. Some got left at various points along the way, but other riff-raff were eagerly waiting in the shadows to join this travelling circus.

Together this crew has exhorted a club full of maniacs in bondage gear to Cossack dance; they have thrilled and terrified Victorian music halls filled with Steampunks, we have made Pirates dance in the rum sodden streets; we live and breath songs of drink, death,debauchery& all manor of low life antics-we are the outsiders ,the underdogs but we tell our tales  as we turn poverty into poetry  and  even been asked by Ed Milliband to "turn it down please" and yet nothing can slow down this marauding crew of lyrical lunatics.

The Filthy Spectacula are predominantly   Mr E (guitar, vocals and abuse) & his merry band of vagabonds, thieves, lovers and liars  coming to a town near you soon. 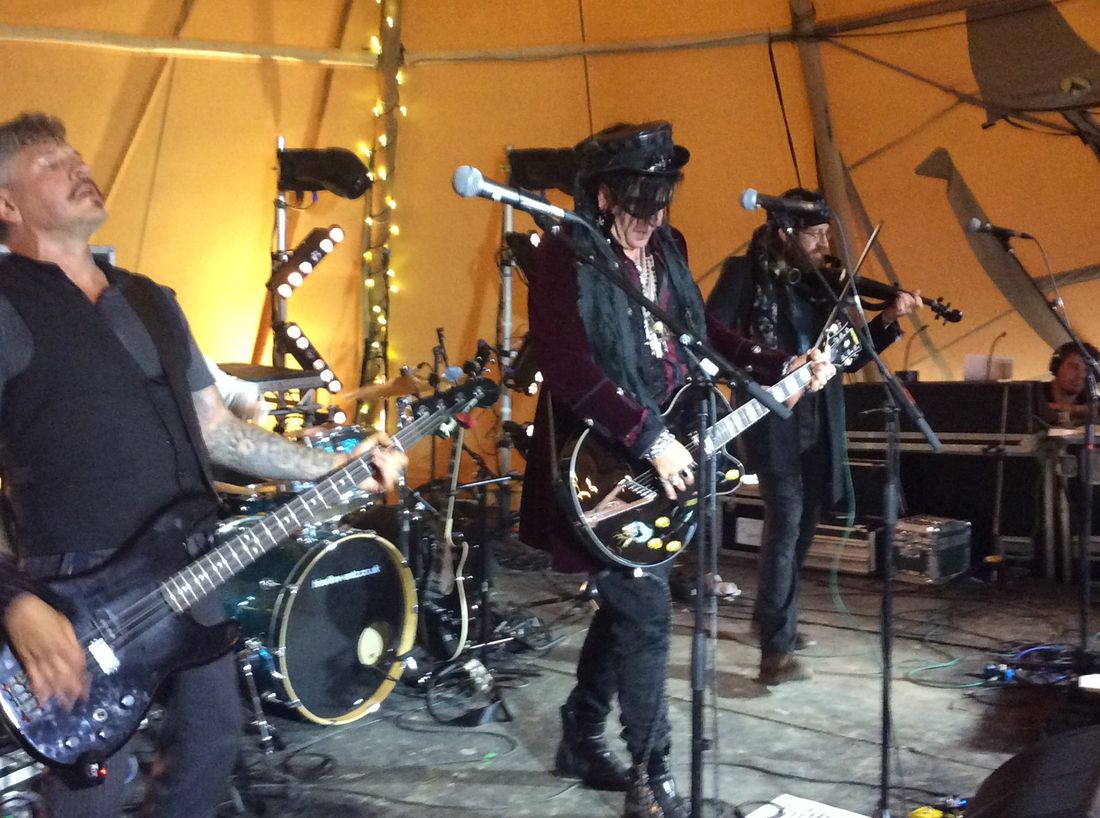